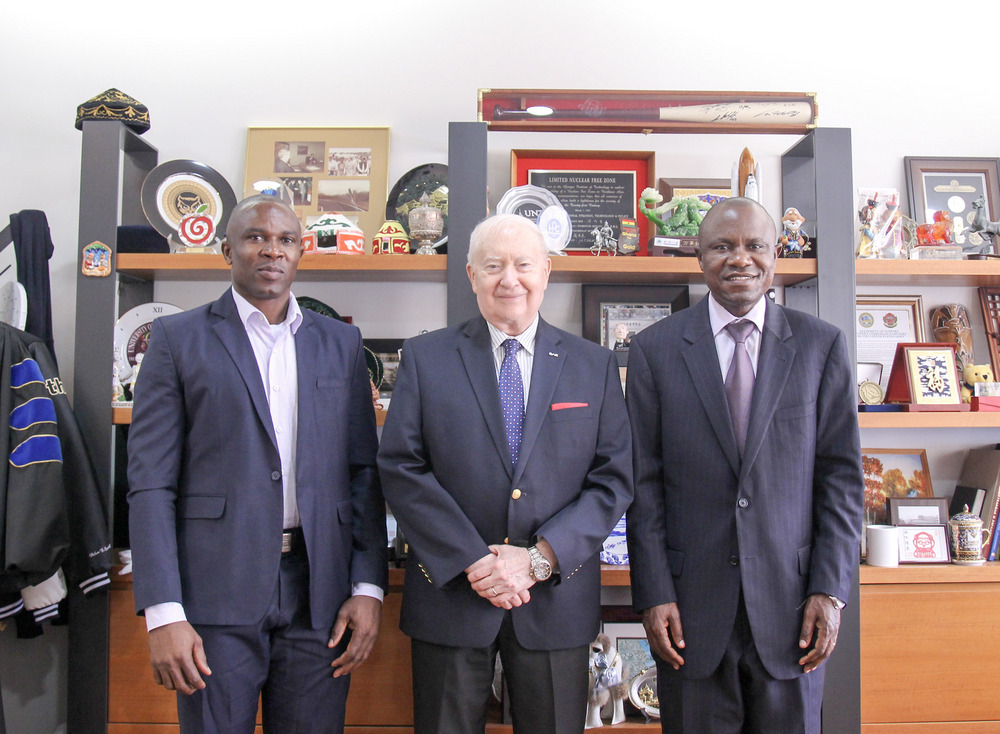 Makerere University is ranked second in East Africa. This prestigious Institution once served the nations of Uganda, Kenya, and Tanzania and still retained the honor of being the headquarters of all East African universities. It has also produced more leaders in various fields in East Africa than any other university in the region including the current President of the Democratic Republic of Congo, Joseph Kabila, former President of Kenya Mwai Kibaki, former Tanzanian Presidents Julius Nyerere and Benjamin Mkapa among others. With a current population of 35,000~38,000 students, this university has ten colleges. One of them, the College of Business has about 6,000 students. The College of Business consists of three schools; Finance, Business, and Economics. Each school is headed by a Dean and the deans who report to the Principal. Today, SolBridge was privileged to host the Principal of College of Business and Management Sciences (COBAMS), Makerere University, Dr. Eria Hisali. In August the College of Business, Makerere University, signed a memorandum of understanding with SolBridge International School of Business. A package that would entail student and staff exchange, start-up programs, short term staff and executive MBA training among others. This great university is going to serve as the focal point of SolBridge activities in Uganda to the benefit of both institutions.