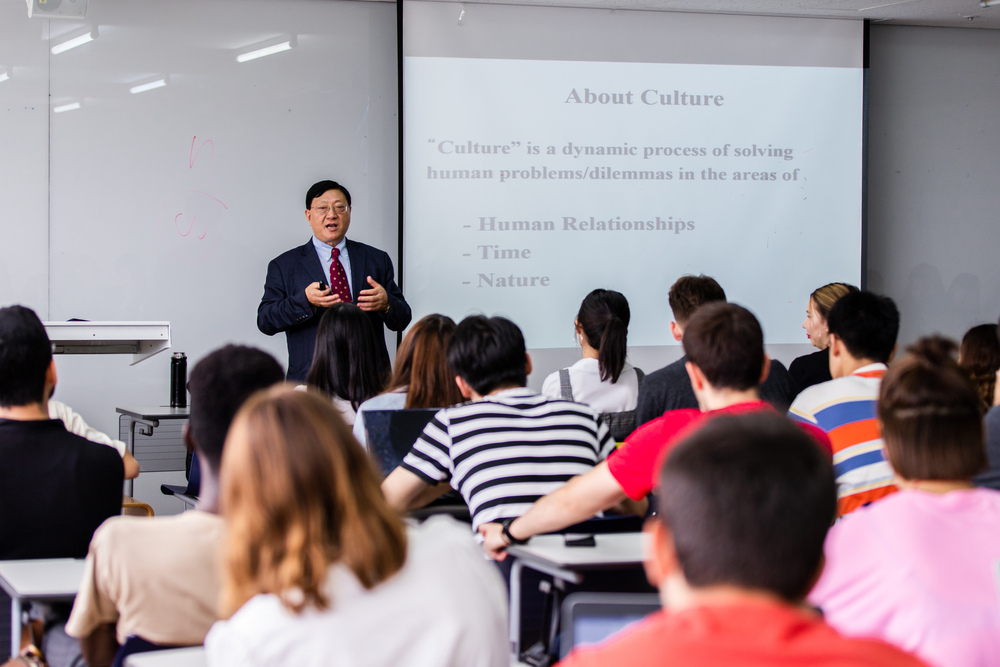 During his lecture, he highlighted different aspects of the Chinese culture and essential points to succeed in China as employer or employee. With examples, he showed the audience the difference between Western and Eastern cultures based on the Five Dimensions of Hofstede including Power Distance; Collectivism vs Individualism; Uncertainty Avoidance; Femininity vs. Masculinity, Short- Term vs. Long-Term Orientation. He remarked that western culture is more individualist in comparison to the eastern culture given that eastern culture is based on relationships. He concluded by emphasizing the importance of Guangxi (relations: personal, not organizational) are an essential part of doing business in China.

Dr. Zhao is the Senior Distinguished Professor and Honorary Dean of School of Business, Nanjing University, China as well as Honorary Professor at SolBridge.

Back
Previous When international relations meet business studies Next The Evolution of Marketing in the Digital Age: Dr. Frank Mulhern, Northwestern U...