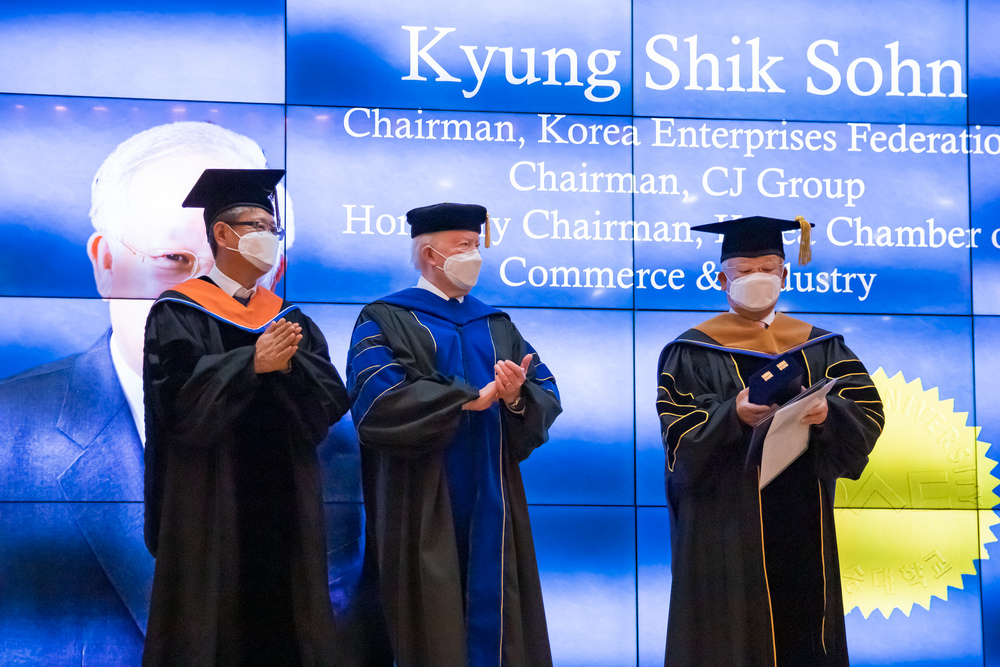 On Monday, 31 August 2020, Woosong University awarded an honorary doctorate in Business Administration to Mr. Sohn Kyung-shik, Chairman of CJ Group, a leading Korean conglomerate, and Chairman of the influential Korean Enterprise Federation. The ceremony took place at SolBridge during the welcome convocation event for new incoming students for the Fall 2020 semester.

Woosong University confers honorary doctorate degrees to distinguished people who have made significant contributions to Korea's social and economic development as well as to academia.

In his acceptance remarks and address to the students, he emphasized the importance of soft skills in the era of the Industrial 4th Revolution and the ability to speak several languages. 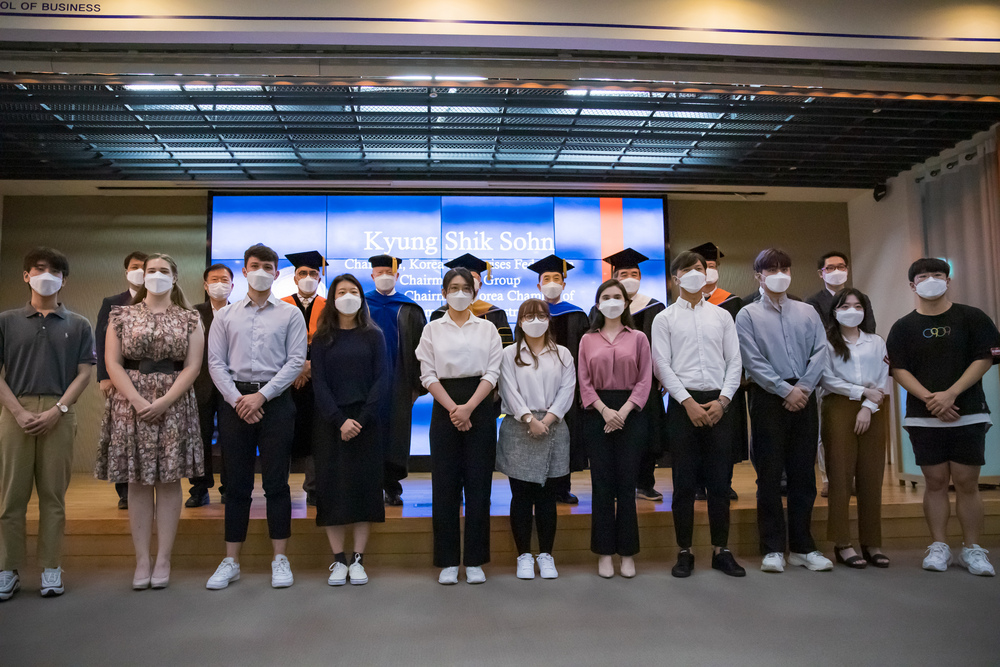