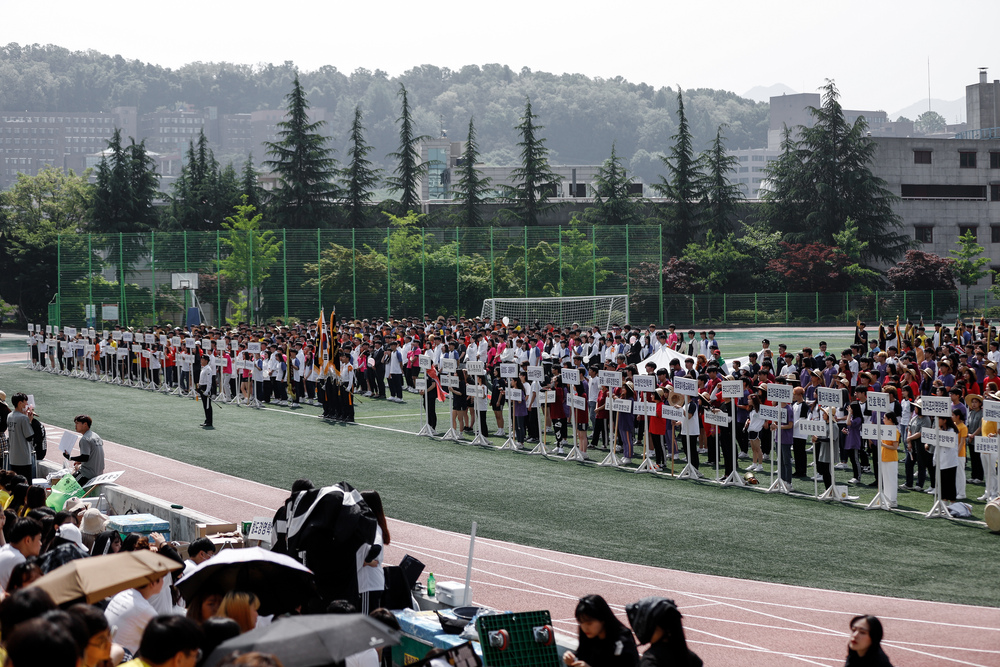 May 15-16, 2019 were two important days for the Woosong Community as different departments came together for the annual Woosong Sports Day to compete in various sports. SolBridge students participated in different activities from opening ceremony performances to Korean wrestling and basketball. SolBridge acknowledges all participants for showcasing the highest level of teamwork, togetherness, and tenacity and wishes to congratulate SolBridge basketball team for winning this year’s championship.

SolBridge student Camilia Leplang and Co-Captain for the Cheering Club shares her experience. 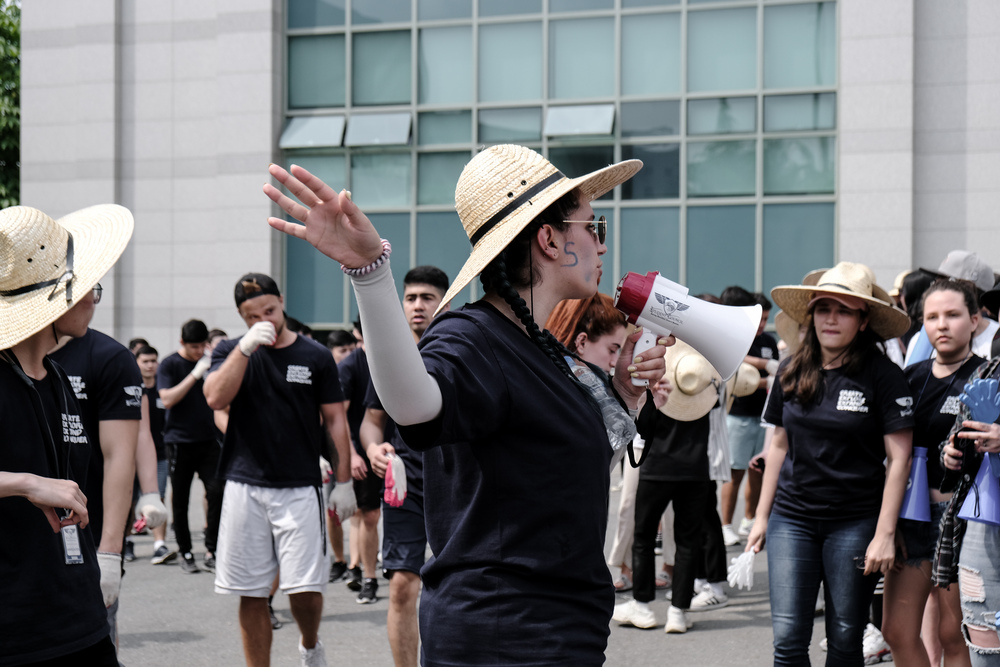 “Once again, SolBridge students came together to show their talents and team spirit in the annual Woosong Sports Day event held last week. SolBridge students competed in a series of games including Korean Wrestling, Basketball, Tug of War, Relay Race, Dodge Ball, and Rope Jumping.  The two-day event brought all study departments of Woosong together with the ambition to win the first prize. 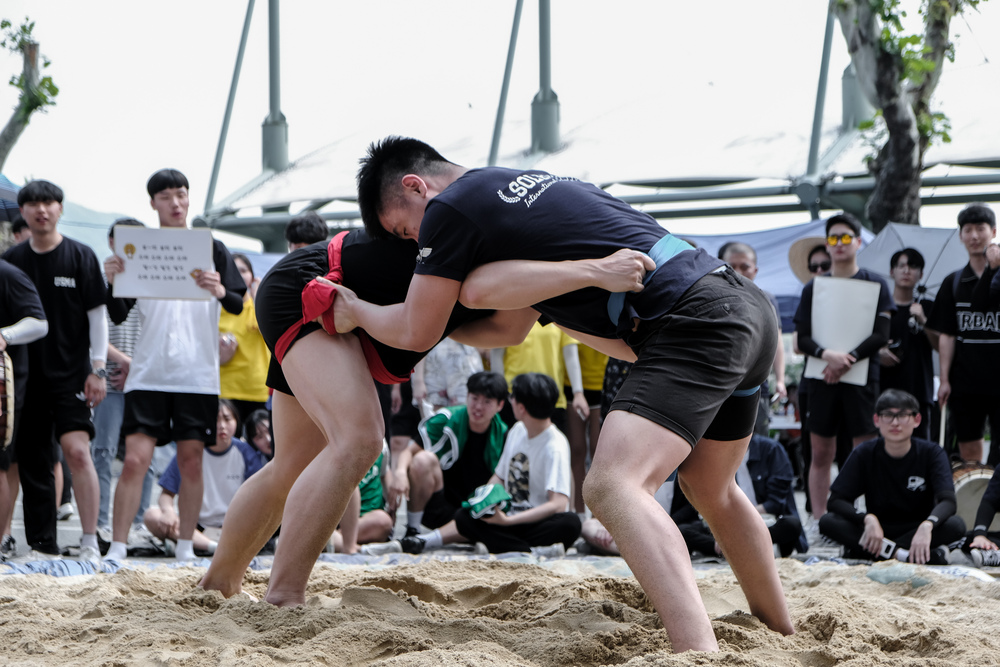 Between infinity rope jumping, Korean Wrestling and relay race, participants were able to find their true sport spirit by joining one of the teams. Those who couldn't participate did not hesitate to join the SolBridge cheering team! Using whatever means they could from singing, shouting to even dancing all to cheer and support SolBridge athletes. Singing songs both in English and Korean to morale boost and support SolBridge brought out a sense of belonging. With every chant, we wanted to proudly let other competitors know we are SolBridgers whether we win or not.

As always, sports bring people together, and SolBridge is no exception: by their enthusiasm and cheerfulness, SolBridge students cheered for their athletes in unison and on rhythm motivating SolBridge participants to victory. Sports Day is not all about winning all the games; it's about being part of a great community far away from home. You meet new people, create friendships that surpass the differences in nationalities and cultures. That is the beauty of sports and one of the best things happening to SolBridgers during Sports Day! Participating in Sports Day as the Co-Captain of the Cheering Team was invaluable to me as I am a senior student and expected to graduate this summer. I had amazing memories from last year's edition as well, and I want to encourage all SolBridgers to participate at next year as this is the event where we can show off our SolBridge spirit together as one!” 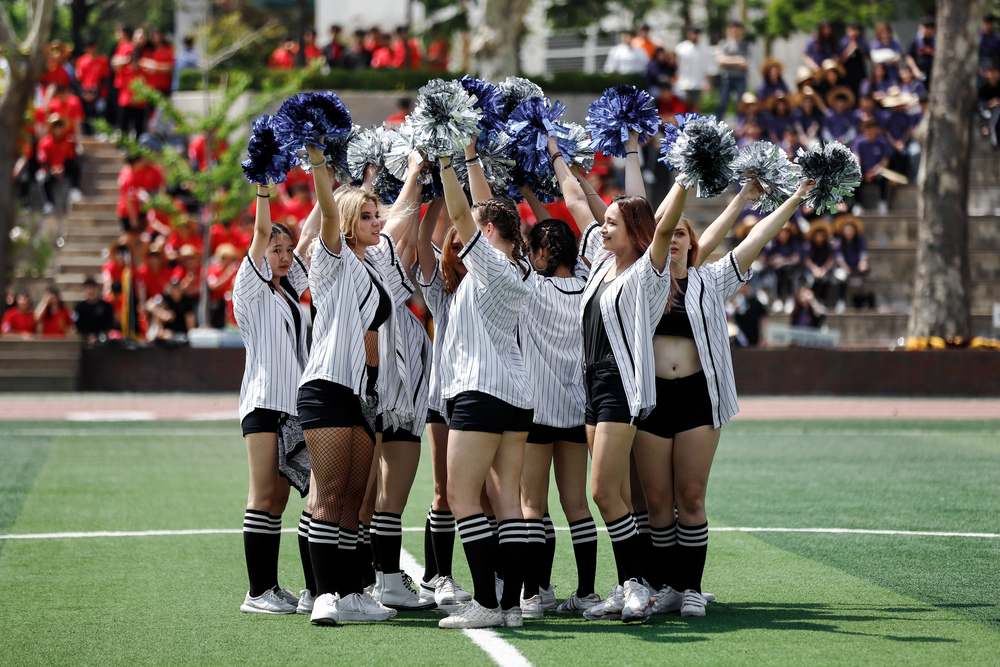 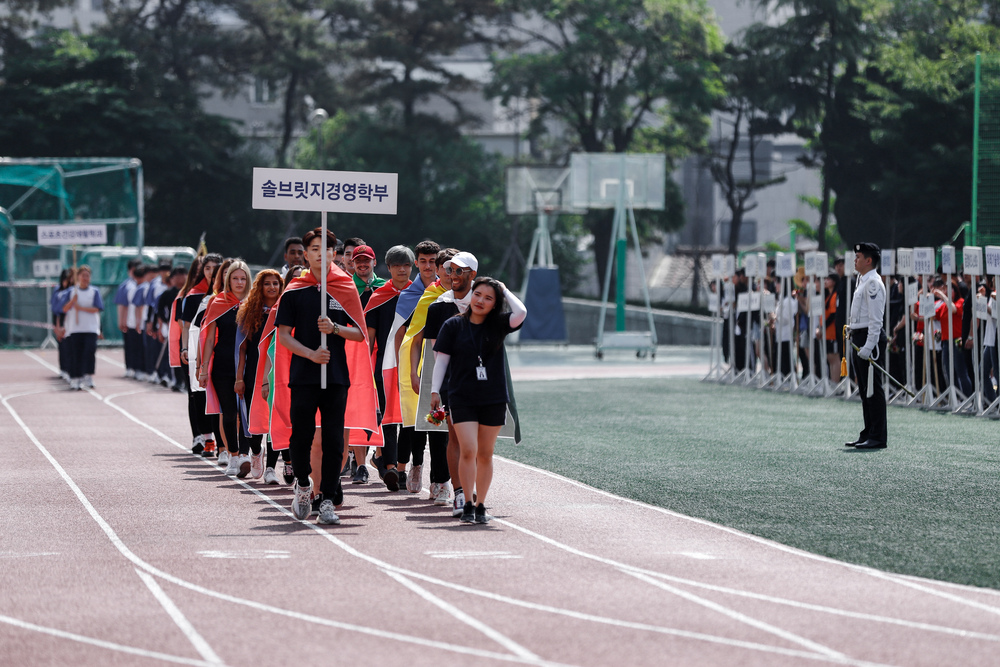 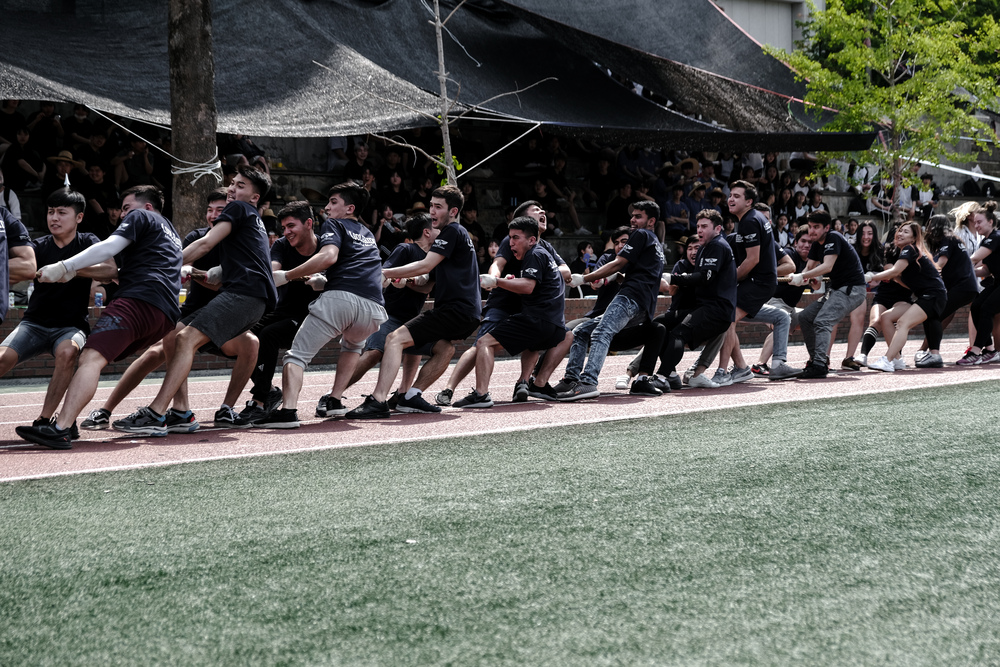 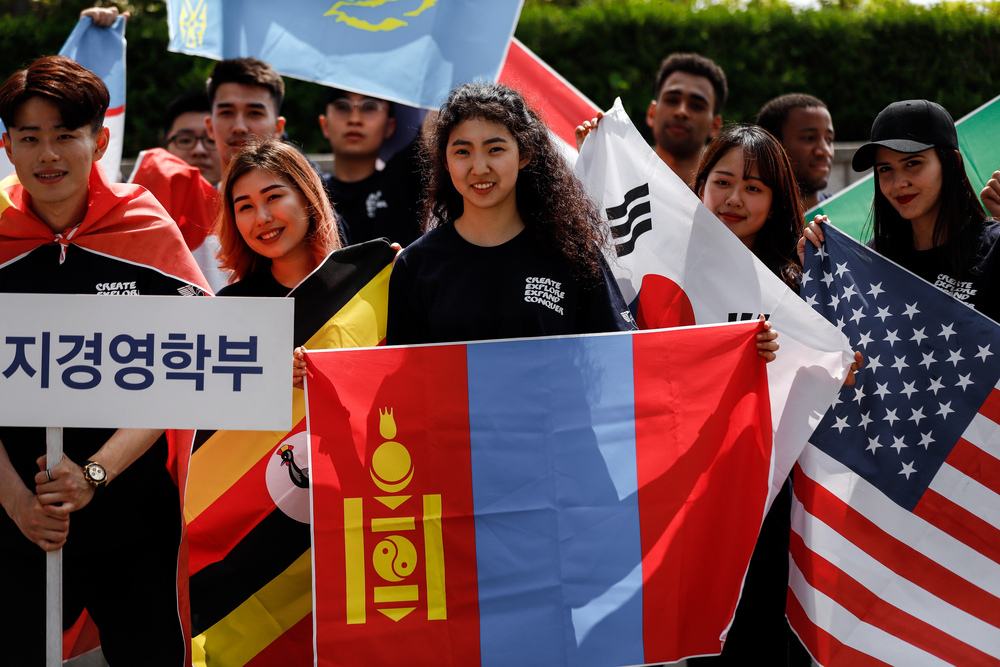 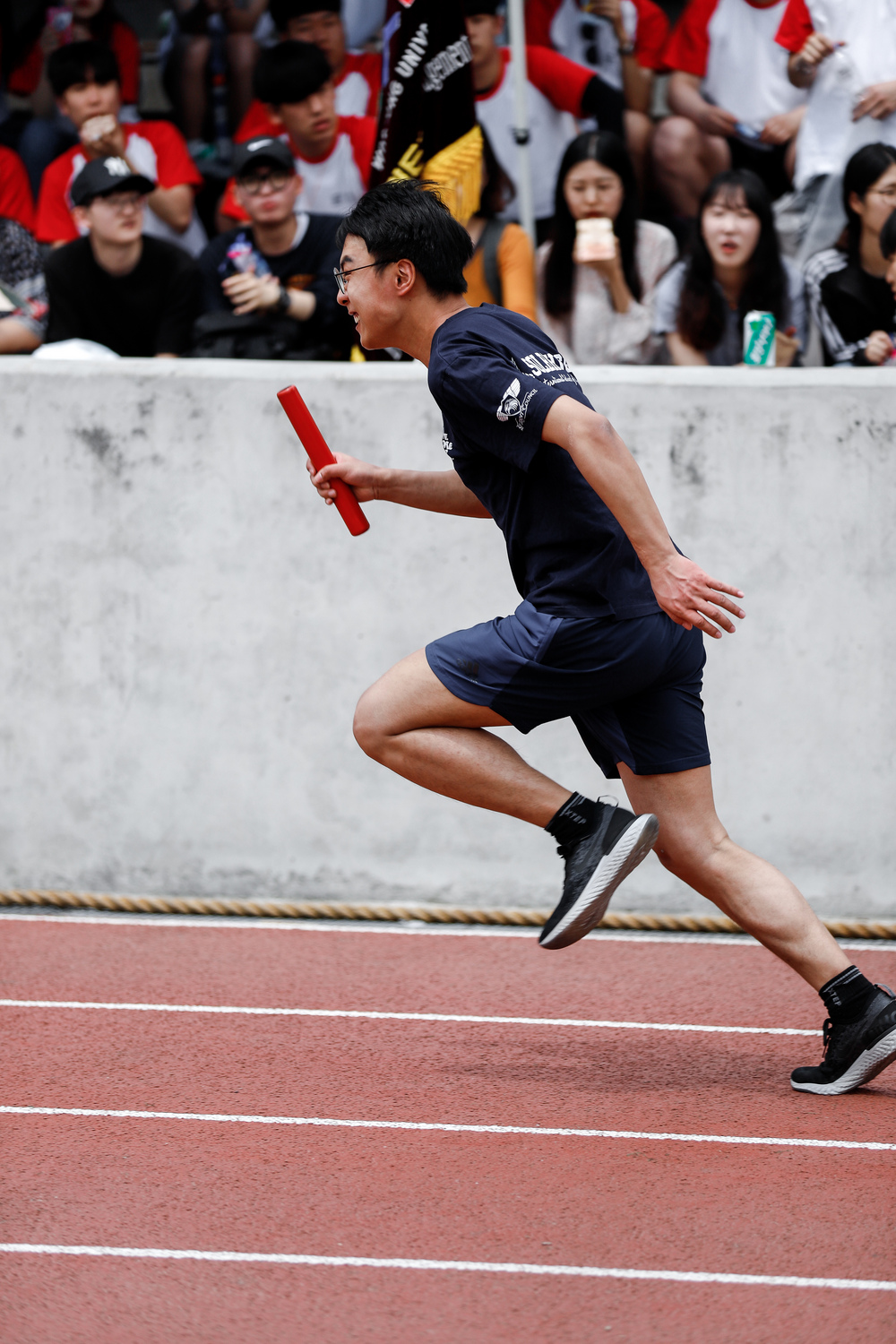 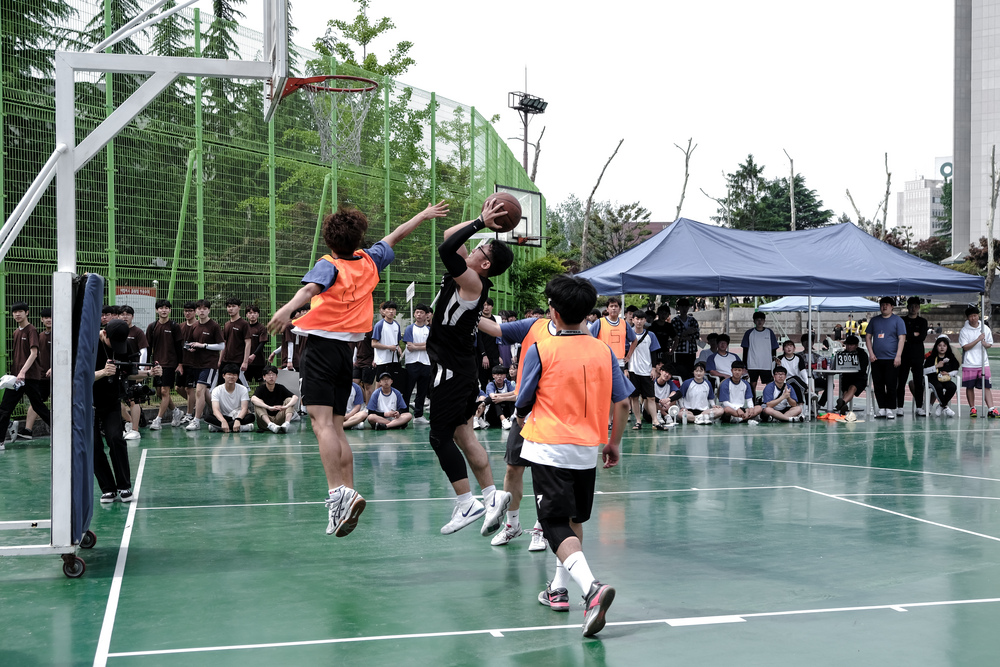 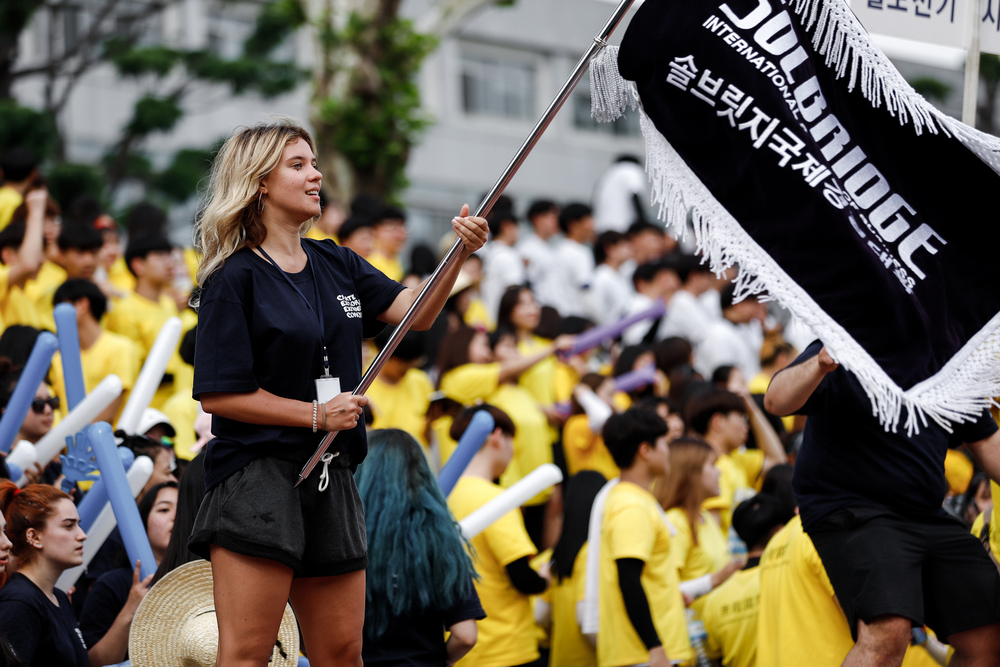 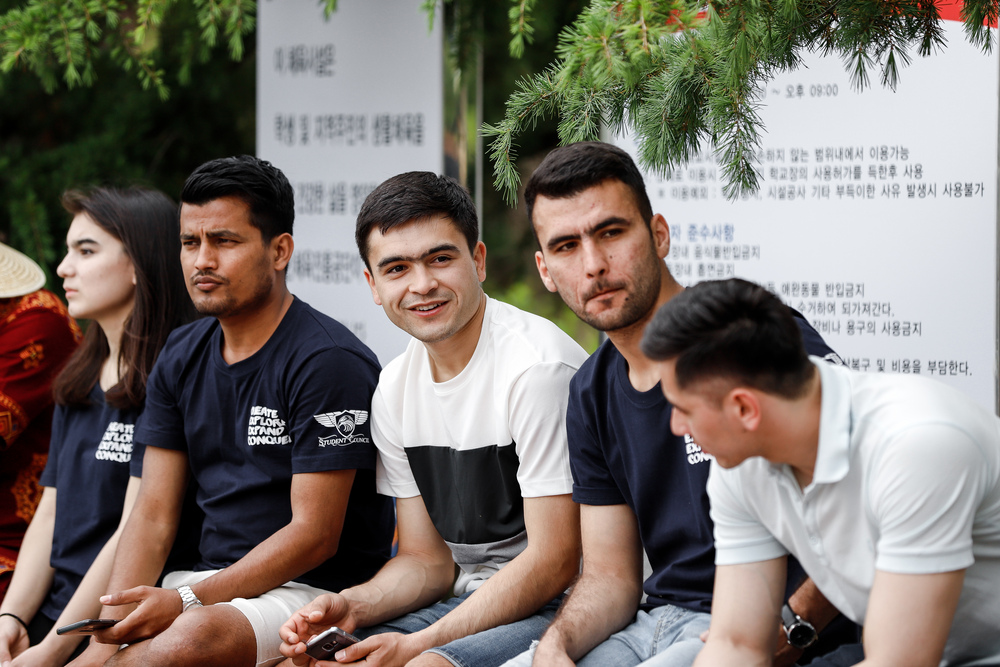 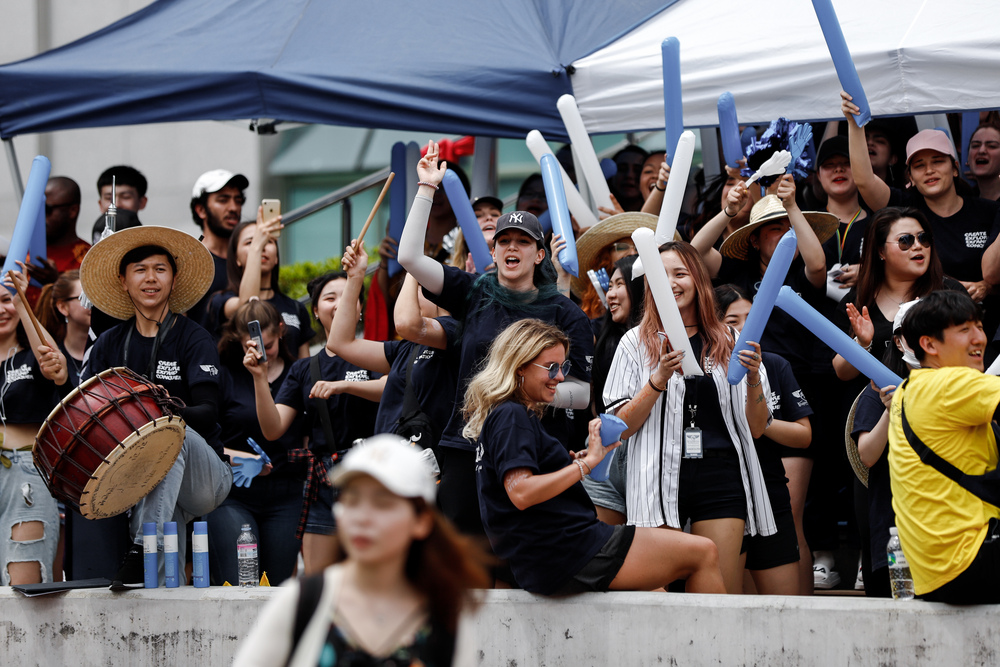 Back
Previous Trip to Korean Folk Village Next Sports Day 2018: Together as One