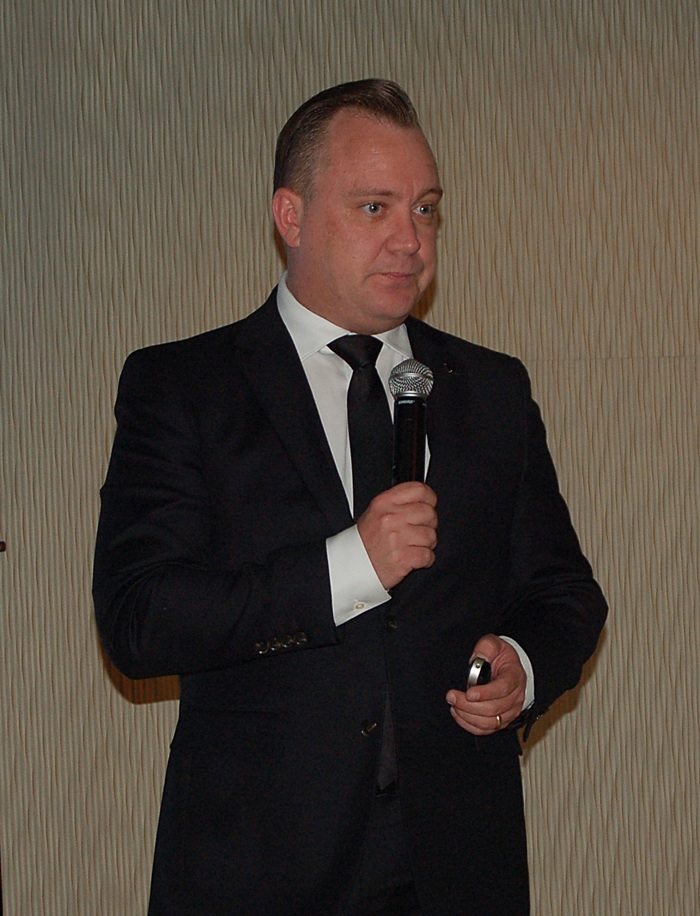 What does it take to run one of the world’s most famous hotel chains in South Korea? SolBridge students, faculty, and staff found out recently during a special lecture by Matthew Cooper, the General Manager of the Marriott Hotel in Seoul.

“You have to be innovative,” the Australian native said. “What helped me was that I am a pushy person. I refuse to take no as answer.”

During this hour-long presentation, Cooper talked about he became involved in the hotel industry and how he ended up in Korea.

“I’ve learned more about being a hotelier in Korea than any other time during my career,” Cooper said.

Running a hotel in Korea has been one of Cooper’s biggest challenges a hotelier, but not for what some people might think.

“We have to keep people engaged,” he said. “In Asia everything is now.”

He also touched base on the Marriott story and how the chain has become firmly entrenched in the Korean market with more hotels opening soon around the peninsula. Some of the things he focused on are the same things which students at SolBridge learn about creating a brand loyalty to ensure that customers return. It’s no different in the hotel industry.

“We need to create heartfelt memories,” Cooper said. “We want customers to keep on coming back.”