Platinum Lecture by Mr. Cho Hyun: The Role of the Young Generation in the 21st Century 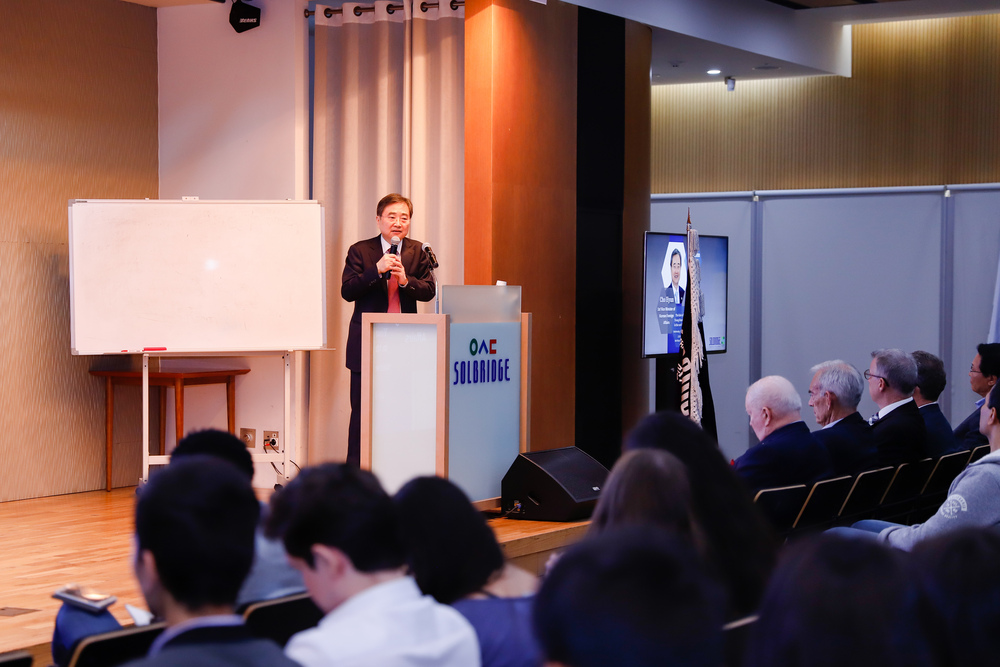 On Wednesday, 24th October 2018, SolBridge was delighted to host Mr Cho Hyun, 1st Vice Minister of Foreign Affairs of the Republic of Korea. He delivered a Platinum Lecture to SolBridge students on “The Role of Young Generation in the 21st Century.”

Mr Cho has over 35 years of public service experience both in and outside Korea. He joined the Ministry of Foreign Affairs (MOFA) of the Republic of Korea in 1979. He has served as an Ambassador Extraordinary and Plenipotentiary to the Republic of India and the Republic of Austria. He also served under the Ministry of Foreign Affairs and Trade in different capacities including; Deputy Minister for Multilateral and Global Affairs, Director General for International Economic Affairs Bureau and Deputy Director- General for Multilateral Trade Bureau.

During his lecture, Mr Cho shared some history and an overview of global governance, systems and economic dimensions in the 21st Century, and urged the young generation to be ready for the dynamic changes in the 21st Century. He shared his perspective on the Rise of Asia and the myth of the Asian Miracle focusing on the economic reforms in Korea.  “Although Korea sacrificed a lot in the Korean War, the war led to a change in social systems. It made Koreans more vigilant; the society changed from an inward to an outward society,” he said. Cho also pointed out that education is one of the crucial factors that led to the Asian Miracle.

To wrap up his talk, he advised students to have an open mind. He emphasized “The world you live in today is more diverse than before; you need to accept this diversity and get rid of any biases.” Mr Cho also advised them to remain passionate by choosing what they like, what they do well and what is rewarding to them, and lastly, he urged the participants to find a fair balance between competition and collaboration. 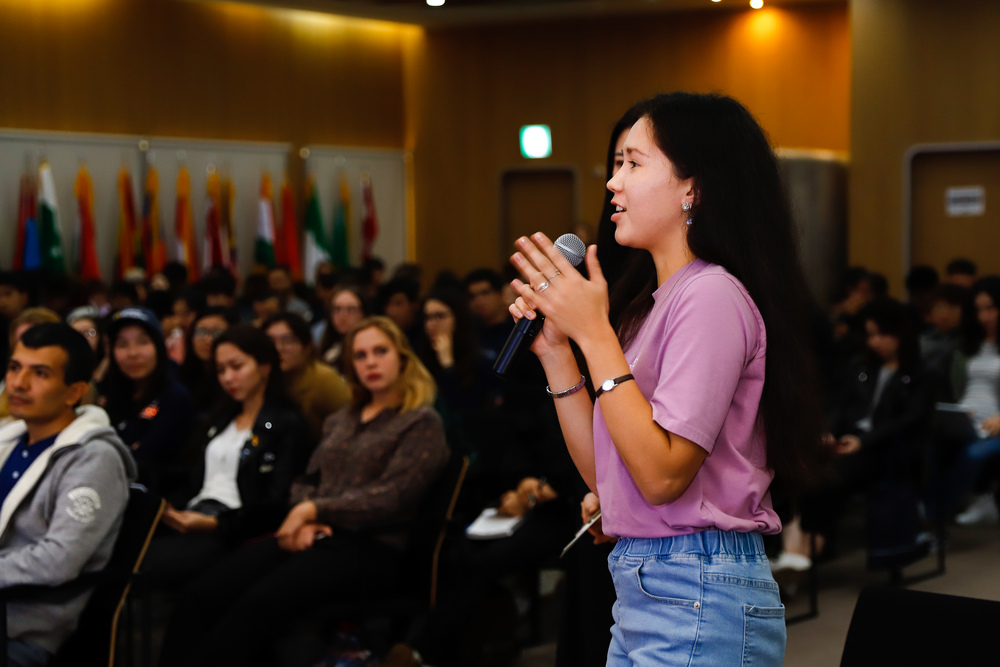 He later had an interactive session where students asked questions concerning governments and the world systems, the government’s role in the 21st century and the key factors Central Asian countries need to focus on to improve their economies.

Back
Previous Platinum Lecture by Dr. Lilly D'Angelo: How to Innovate in Food and Beverage Ind... Next SolBridge and Woosong University Alumni Share their Life Experience with SolBrid...