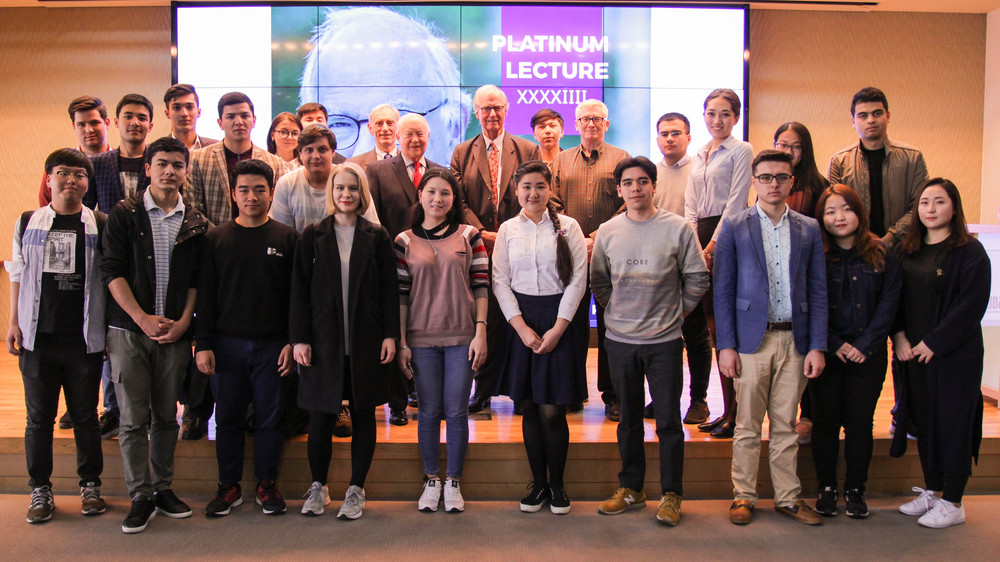 Titled, “Covering Asia at War and Peace," Mr. Kirk shared his journalistic experiences in South East Asia (SEA) including Indonesia, Vietnam, Cambodia, Laos, and Thailand. He was a wartime correspondent and reported for major newspapers and magazines including the Chicago Tribune and the Old Washington (DC Star) between the late 1960s to early 1970s. Mr. Kirk remarked that the time spent in SEA shaped his perspective of journalism. “No other outlook or war experience compares to my experience in Vietnam,” he said.

During his presentation, he highlighted the different stories he reported in SEA, his experience in Japan, China, and his introduction to South Korea through the Red Cross talks of 1972. He has since covered the Rise of Korea as an economic power, the North Korea Nuclear story and the tensions on the Korean Peninsula. Mr. Kirk emphasized the role of a journalist during war and peace, “Covering Asia at war and peace is a ramification of who is covering it” he said. “The role of a journalist is to observe and comment on what is happening and not to make policies or decisions” he added.

SolBridge students had the opportunity to interact with Mr. Kirk during the question and answer session that followed his talk.  Through the session, they were able to gain more insights into his journey as a journalists and his thoughts on the ongoing tensions on the Korean Peninsula.

Donald Kirk has authored several books including Wider War: The Struggle for Cambodia, Thailand, and Laos; Tell it to the Dead; Korean Dynasty; Hyundai and Chung Ju-yung and Korea Betrayed: Kim Dae-jung and Sunshine. 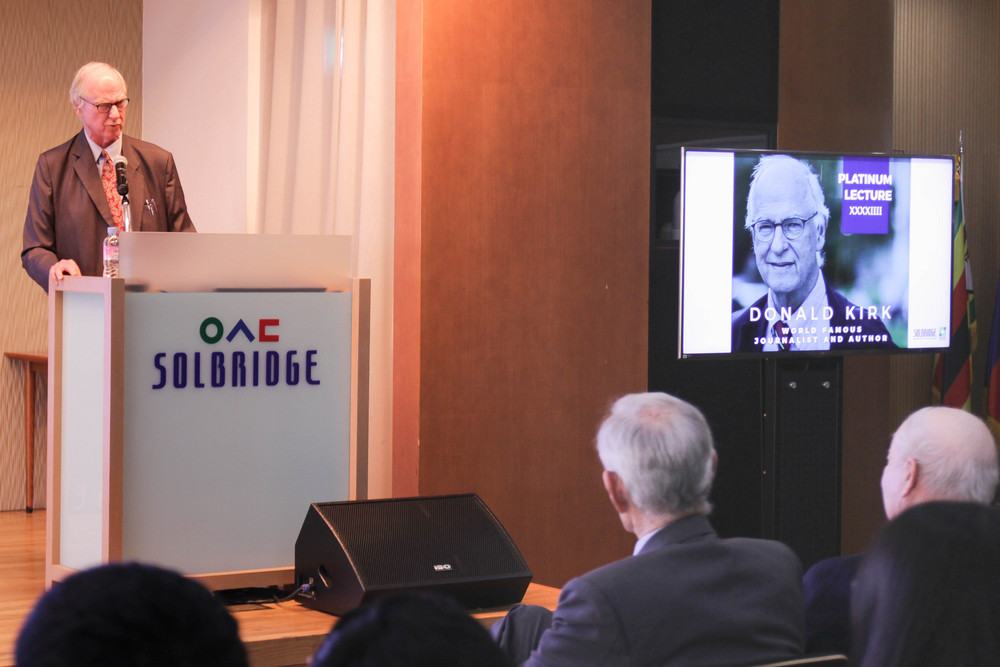