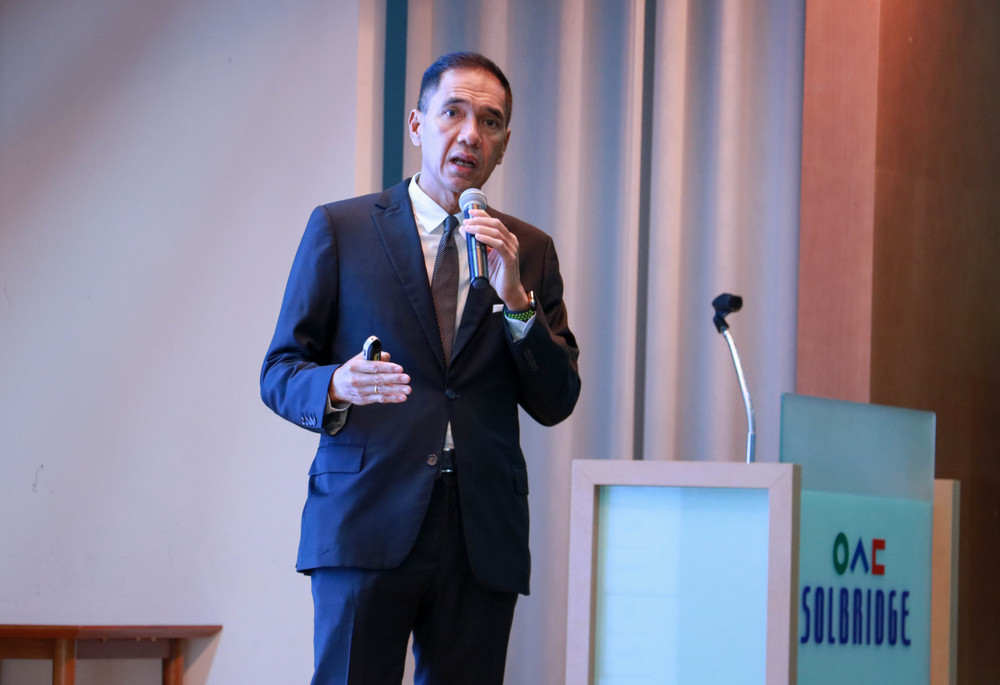 On Wednesday, November 8, 2017, SolBridge International School of Business was honored to host Gita Wirjawan, a prominent personality from Indonesia.

On his visit, Mr. Wirjawan delivered a Platinum Lecture entitled “Entrepreneurship in a Changing World” that encouraged the students to broaden their horizon and consider Southeast Asia, particularly Indonesia, as a get-go point for starting up a business. Supported by empirical data, Mr. Wirjawan showed the attendees how Southeast Asia will be able to play in the same league as China in contributing to the world’s economy. “Business should have a social dimension, it means your business must be able to focus on solving a particular problem” as Mr. Wirjawan cited MAFGA, which stands for Microsoft, Apple, Facebook, Google, and Amazon, as leading examples of this kind of business.

Being an entrepreneur himself, not only did Mr. Wirjawan experience establishing his own businesses, but he was also a statesman and a notable corporate leader. His extensive track record includes being the Vice President at Goldman Sachs, President Director at JP Morgan, and Indonesia’s former Minister of Trade. Additionally, he was also a Presidential candidate in 2014 election in Indonesia. However, his expertise does not cover only in business and economy aspects, but also in academics. Currently, Mr. Wirjawan is a member of the advisory board of the Institute for Societal Leadership at Singapore Management University and previously, he served on the Dean’s Leadership Council at the Harvard Kennedy School. 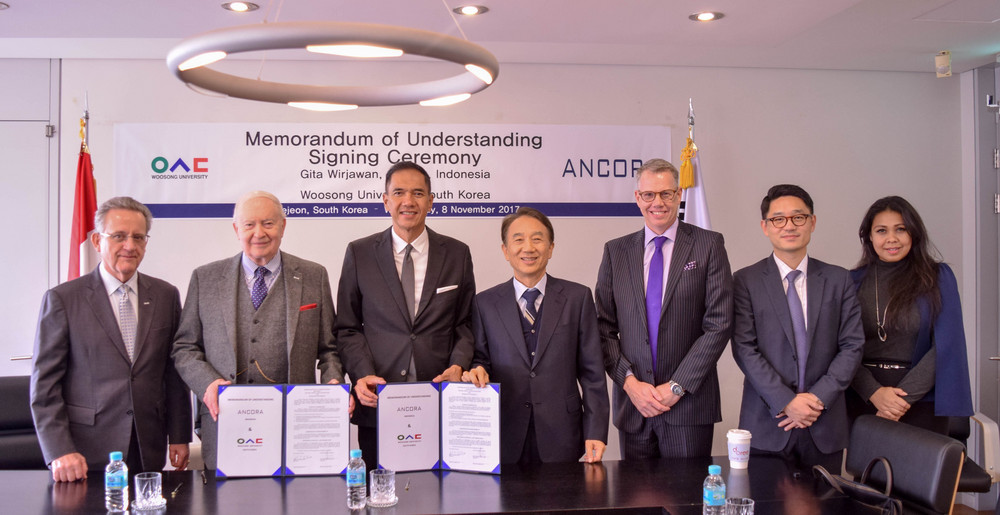 “Countries in Southeast Asia may have problems, but problems come with opportunities”, said Mr. Wirjawan about Indonesia, Vietnam, and Thailand. Therefore, on that note, Woosong University, as represented by Dr. John. E. Endicott, signed an agreement with Mr. Wirjawan as the Chairman of his company, Ancora. The collaboration establishes future academic cooperation with Mr. Wirjawan’s educational foundation and also includes receiving student interns from Woosong University, including SolBridge International School of Business to contribute to his companies.  The collaboration between both will hopefully bring more students closer to opportunities in Southeast Asia.

Back
Previous Platinum Lecture XXXXIIII: Covering Asia at War and Peace by Mr. Donald Kirk Next Special lecture by Frank Mulhern (Ph.D.) the Associate Dean of Medill School of ...