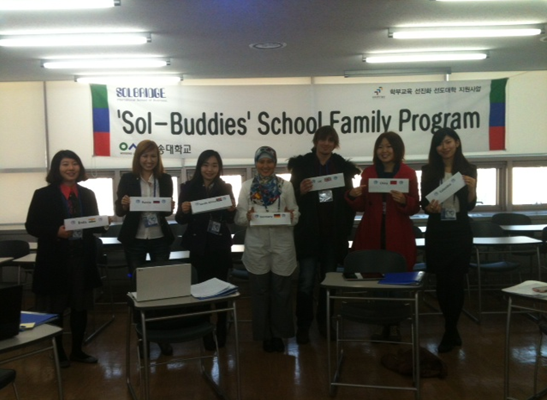 It is implicit in the Sol-Buddies School Family program that its participants hale from countries all over the world. Being in contact with students from so many countries, Solbuddies have already begun to develop a global consciousness. The goal of SolMUN (Sol-Buddies Model United Nations) is to develop that global consciousness to the ‘next level’ through a simulation of the international multilateral diplomacy of the United Nations.

Students in SolMUN adopt the role of Delegates to the United Nations, and represent the chosen countries just as a Diplomat from the United Nations (UN) would. Delegates research their country (never their country of origin) and learn how it behaves so that they can play the role with integrity and authenticity. Cooperation is the primary goal of the delegate meetings and sessions, but not always the norm, nor the most fun way of doing things. Belligerence, arrogance, irrationality, and even open hostility are openly encouraged during debate sessions, as long as these emotions and behaviors are within character for the country that the Delegate represents. Without discord, there is no challenge, and not so much fun either… and fun is a crucial element of SolMUN. 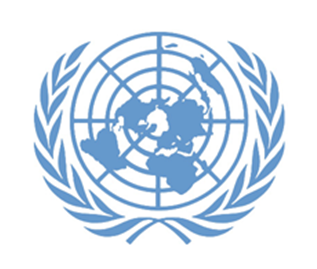 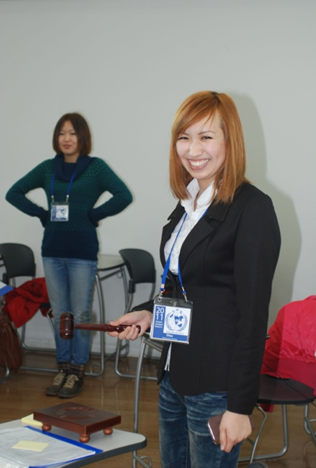 For a month and a half, the delegates of SolMUN researched and prepared their arguments, eventually composing their resolutions, which are standard UN documents. These resolutions outline recommended solutions to be taken for a particular problem which then becomes the centerpiece of debate. On December 17th, 2011, the SolMUN delegates participated in the very first Woosong University Model United Nations conference, running a four hour Security Council session to debate and vote on solutions to problems as diverse as nuclear power, transparent democratic elections, and Iranian nuclear weapons.

As a capstone event for the SolBuddy program, the SolMUN delegates will be giving a presentation of their experience at the SolBuddies retreat on January 14th, 2012. The SolMUN delegates have demonstrated new levels of knowledge about the status, politics, economy and culture of their chosen nations of interest, and in the process, have learned new elements of debate and diplomacy, while exploring the working system of the United Nations. For more information on SolMUN program, find them on Facebook here: SolMUN 2011