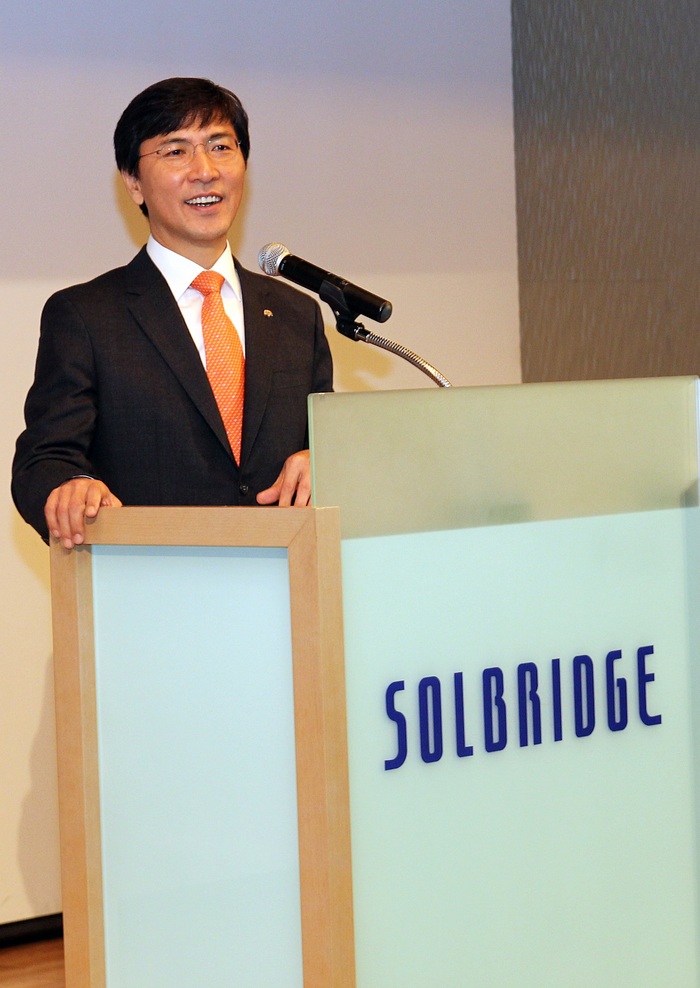 Speaking before a standing room only audience in the fourth floor auditorium, Ahn talked for almost an hour about his vision for the twenty-first century—Powerful 21C: New Ideas and Talents—for Asia and the world. He called for an “Asian Dream”—something which resonated strongly with the SolBridge student body who are “the next generation of Asian Thought Leaders.”

“We have to consider ourselves living in a global community that shouldn’t be limited to race, religion, or ethnic background,” Ahn said, outlining his vision. “We need to go beyond barriers of race and languages.”

Although he only touched base regarding his vision for Asia in the 21st century, one of the things that Ahn stressed was that nations have to avoid “competitive hegemony” by setting up “invisible barriers with trade tariffs.”

“Hegemony goes against humanity,” he said.

He suggested that we need to come up with a peaceful institution and to respect human rights. By doing so, the Asian Dream can become a reality.

When asked about how students at SolBridge can be successful, he pointed out that “success comes from inside” and that it is not always a good idea to compare oneself to others.

“We have to make our voice and decisions,” he said. “That’s where SolBridge is important—making leaders for the future.”