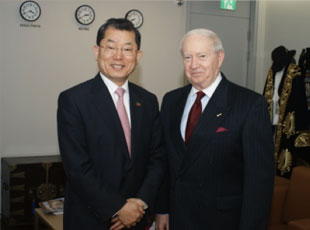 With the autumn season upon us, and the days and nights getting cooler, this is without question, the best time of the year. And just a few weeks before the midterm examinations, the Fall 2011 Corporate Advisory Council Meeting event took place at the SolBridge International School of Business.

On October 6, 2011, corporate world executives from various industries despite their busy schedules met with the SolBridge’s top management team to discuss the progress of our school. Diversity as one of the most recognizable attributes of the SolBridge brand image plays a significant role not only in the variety of cultures presented on the campus, but also in a variety of the views, experiences, and opinions among the Corporate Advisory Council members.

The CAC kicked off Thursday morning, when the doors of SolBridge opened for Dr. George Peterson, who traveled all the way from Kosovo where he is directing the newly opened business school of Mitrovica; Dr. Sang-ki Rhee, the guru of business biotechnology from Soon Chun Hyang University; Mr. Patrick Deruytter one of the leaders of industrial automation frontier at Emerson Process Management Korea Ltd; and Dr. Hae-Jung Jung, founder of M. K. International, with 30 years of business experience and a presence in more than 40 countries. Also on hand was new member of the CAC, Ms. Xianqin (Lisa) Wallace from UPS Capital (USA) who contributed her fresh view to the discussion through video conferencing. 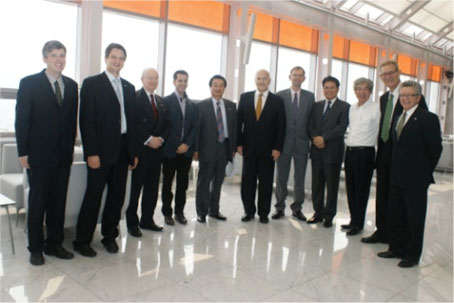 The event started with a welcoming speech by Dr. Endicott who talked about recent achievements of Woosong and SolBridge, such as ACE grants, new MOUs, as well as Jeffrey Miller’s Korean War novel, War Remains. The Dean of SolBridge, Dr. Jun, then took over talking in detail about the latest progress of the school, and involving CAC members into the live discussion regarding mission and vision of SolBridge as well as the brand awareness and students’ recruitment. After a formal introduction of the new faculty members, the members were introduced to the new version of the Strategic plan focused on Positive benchmarking with AACSB, and Financial sustainability, which were presented by Dr. Sergey Butakov. Next, Dr. Patrick Leonard presented the AACSB accreditation process, including comments from Dr. McCallaster, the mentor of SolBridge, who visited SolBridge at the beginning of the semester. The AIM project, one the most visible ACE programs, was then presented by Bob Graff. 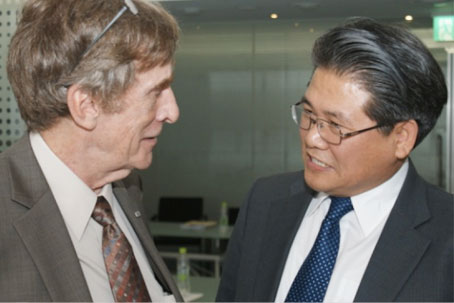 Financial sustainability, being one of the school’s primary middle term strategic goals implies that it is difficult to overestimate the importance of the corporate perspective on the SolBridge activities. On each topic CAC members proposed many fresh ideas, which will be given the highest attention in the new versions of the corresponding policies and strategies. 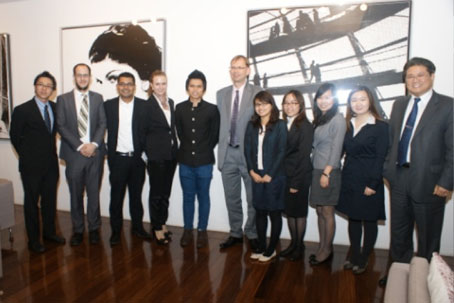 After a short break, the CAC members were introduced to the top performing students participating in the Wisdom Share program. This was the first time such a program took place during a CAC meeting. This program was designed to provide a forum for students of SolBridge to meet and learn from CAC members’ expertise in successful business careers. The program was developed by the CAC coordination committee together with the Career Development Center of SolBridge. The session adopted a format of an informational interview: students were prepared to ask particular questions and in turn, got professional replies and advice. The Wisdom Share program as a part of mentoring function of the CAC overall was very successful. Though there is always room for improvement in the future, students this time remained energized, attentive, and excited. Our CAC members were equally gracious, untiring, and dedicated to impart their corporate knowledge with our students and contributed immensely to the future generation of Asian leaders. 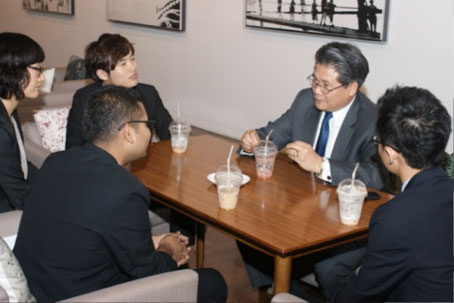 CAC Fall 2011 plan calls for more events of the Wisdom Share series this semester, including those through video conferencing and company visits by the students. The objectives of this program include: first, strive to develop diverse, professional, and mindful student personalities, and, second, ultimately provide them a job and/or an internship and be a good corporate citizen. 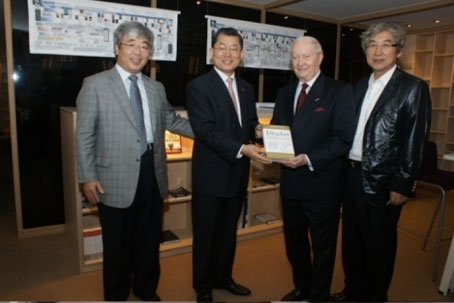 After two hours of the Wisdom Share program, the session continued with the ceremony of book donations to SolBridge from the Peter F. Drucker Society of Korea. A special section was organized in the SolBridge library solely for the purpose of storing Drucker’s books. The collection of over 60 books of the bright and systematic information from the founder of the management science as we know it today is now available for SolBridgers, and will be supplemented with even more titles in the future. 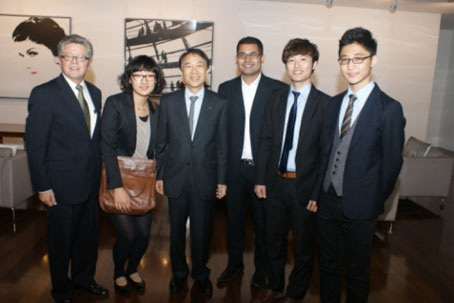 The Fall 2011 Corporate Advisory Council meeting was a markedly successful one given the issues and topics addressed as well as the Wisdom Share session and brief ceremony for the Peter Drucker collection. As we look toward the next CAC meeting, here at SolBridge we will do everything possible to address the action items before that meeting, and get to the next level where new objectives are set, and new, fresh ideas will be brought to the fore from our highly esteemed CAC members.