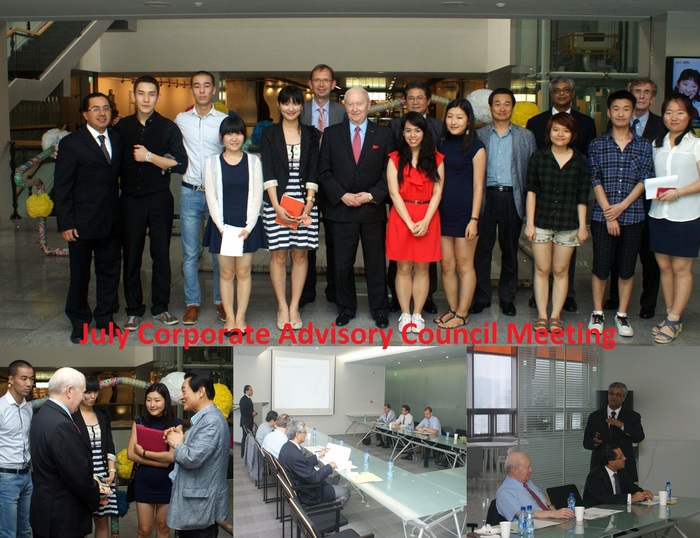 One of SolBridge’s pillars is the school’s networks, which are important for the school’s mission and brand image. In early July, members of the Corporate Advisory Council (CAC) met at SolBridge to follow up from their last meeting and meet some new mentees.

Following the main presentation by Dr. Tonatiuh Najera Ruiz on where SolBridge has come since the last CAC meeting in October, Dr. Patrick Leonard gave a brief overview of how far the school has come along with achieving AACSB accreditation. He explained the work that needs to be done, what it means for SolBridge to have this accreditation and how important it is for the school’s brand image.

Making SolBridge students more marketable was also discussed in the morning session. There’s been a growing interest from international students to work in Korea but one of the major barriers remains language. Although major Korean companies are using more and more English, it is something that is going to happen overnight.

A job fair last Spring brought many Korean companies to SolBridge; however, it was a wakeup call for some students to improve their “soft skills” especially their Korean language skills. As such, one of the things that SolBridge needs to focus on is how to improve the Korean proficiency of its students to help them to become more marketable in the Korean job market. This was also brought up with one of the new projects this past year, SolBridge’s CEO Mentoring Program and the need for students to work on other soft skills like business etiquette and having a knowledge of Korean history. Dr. Rao Kowtha also brought this up in his presentation on academics and how to incorporate this into our curriculum.

Since the last CAC meeting, SolBridge has become more “active” and “visible” thanks to its Website, Social Networking sites, and the creation of an E-Letter. CAC members remarked how “alive” SolBridge has become the past few months with the dissemination of events like SolBridge’s Culture Day, the 2nd Annual Sol-Parent’s Night, the first Sol-Senior’s Night as well as coverage of major symposiums and conferences in addition to the highly successful speaker series. 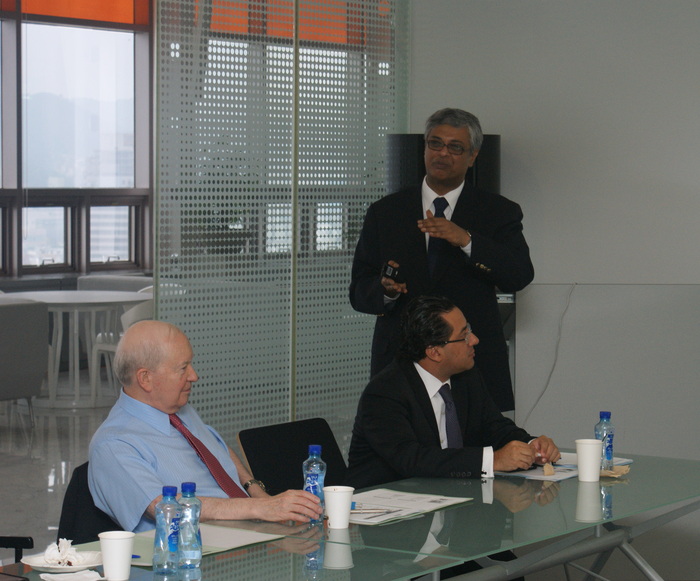 Finally, new projects in the works were discussed. From next semester, the CEO Mentoring program will be expanded and include current CEOs. Additionally, efforts to create an alumni program to ensure that students are still looked after when they graduate from SolBridge were highlighted. One of the challenges of this alumni program is staying in touch with students once they graduate. Currently, efforts are already underway to create an alumni program in addition to bringing the website, social networking sites, and the career development office in line with one another.

After the main presentations, the CAC members got together into two groups and discussed what could be done to make the SolBridge name more familiar in Korea as well as the challenges faced with having different job markets. The members discussed what actions could help and how SolBridge could carry them out. Two ideas tossed around by members were using “celebrities” to promote the school as well as forming a Rotary Club. Additionally, finding niche markets closer to Daejeon would also be worth exploring to help students with job placement.